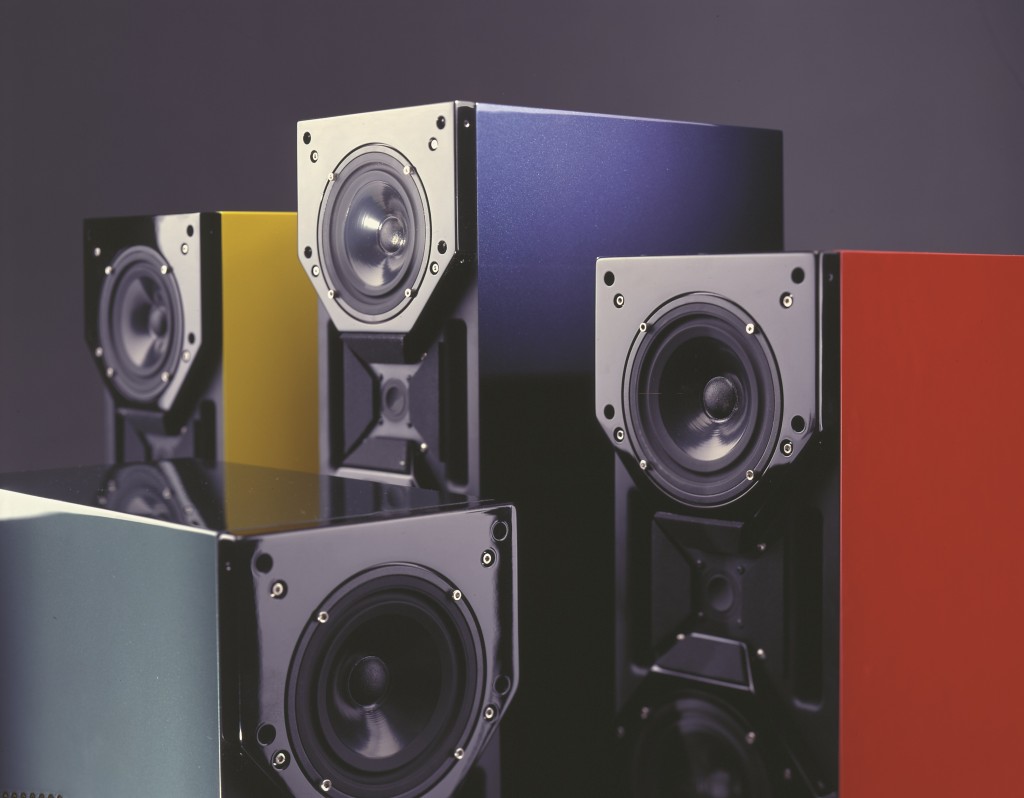 At the rate Wilson Audio is entering the more affordable sectors, there’ll be a $100-bookshelf model around 2015. Until then, the “entry level” is the new CUB, not cheap at just under $6000 per pair, but almost a case of slumming when you turn over the price tag dangling off a WAMM or a SLAMM. The curious thing is, Dave Wilson has managed to reduce the fee to enter the Wilson club by nearly 35 percent, and still the product oozes Wilsonia.

It’s glossy black and it wears the ugliest grill material ever allowed to cling to the front of a speaker. The CUB weighs more than it should and it’s built as if to withstand battle conditions or, worse, time in a hi-fi store. The product doesn’t look like six grand, but you know it couldn’t be done for any less. It’s single-wired and so aesthetically challenged that it could only be a Wilson. But a Wilson it is, and that means magical music. And luckily for CUB vendors, beauty is in the eye of the beholder, or most of us would still be virgins.

Yup, Wilson Audio has unleashed another speaker system which attacks a price point in a manner unlike that of any of its competitors, though plenty are catching up with this high-sensitivity shtick. The single-ended triode cultists and their cohorts, the horn-blowers, all want to take credit for pushing the SPLs available for one watt back up into the 90s, as in the days when you didn’t run 15W/channel voluntarily. But those with real-world calendars and an abhorrence for revisionism will recall that the WATT/Puppy has never been a hungry mutt. Now we have a speaker at less than half its price and with a manufacturer’s recommended minimum of 7 watts per channel. Yes, that’s what it says right here. And you can believe it.

But this is not about pandering to a specific type of audiophile, however much a part of me lusts for single-ended triode cosseting. The CUB will, invariably, find homes with big mutha solid-state beasties, tube amps of the old shtup-shlep variety, and other designs of a non-anorexic nature. And that’s despite a design brief which states quite clearly that the CUB was conceived “…to provide exceptionally high quality music reproduction in rooms which are too small to accommodate larger systems”. It doesn’t get any clearer than that, other than to give a nod to the needs of home theater systems and – obviously – budgets which won’t stretch WITTward.

As is now Wilson tradition, the CUB uses the best drivers DW could find, which are then further refined for Wilson use. Focal’s anodized titanium inverted dome tweeters and SEAS woofers have found homes in numerous high-end systems, including the WITT, and both are tried and tested enough to reinforce a sense of reliability and longevity. Both drivers carry large magnet structures to help the CUB achieve its 94dB/1m sensitivity, and each enclosure houses two separate, over-specified crossovers acting as high- and low-pass filters in their own modules which stick out of the back of the CUB. Inbetween are test points for service engineers to check, in cases of slaughtered CUBs, whether a driver or simply a resistor was massacred. Also between the crossover blocks are substantial binding posts which – and you can thank the damned European bureaucrats for this – only accept bare wire or spades.

Each CUB weighs 75lb because the enclosure is made from a dense, inert material with rigid internal bracing, top-flight hardware and plenty of coats of hand-applied Wilsongloss paint. As is another Wilson tradition, optional finishes are available, and they do go some way to compensating for that ugly grill. Like putting lip gloss on the Wicked Witch of the West. But enough with my continued harping about the hideous grills. David Wilson patiently (and I do mean “patiently”) described the procedure he used for selecting the most acoustically transparent material he could find. Which happened to be this gawdawful reticulated foam. As Wilson NEVER bows to fashion over function, he bit the bullet and disfigured every Wilson speaker ever made in the quest for perfect sound. At least on the CUB it’s fitted to a frame and doesn’t curl like a three-day-old sandwich in a British café.

Why, you might ask, does Wilson not dispense with grills altogether? Simple: There isn’t a speaker made which looks better with its drivers showing rather than covered. And speakers are the only component you cannot hide. Oh, and dust, kiddies’ fingers, atmospheric contaminants, and other nasties are as much enemies of speaker drivers as they are of LPs.

Again in keeping with Wilson Audio practice, the CUBs come with an owner’s manual so comprehensive and so detailed that only the intellectually deprived could need further advice. It does at times seem a tad pedantic – read the section on speaker stands to learn how they arrived at a height of 19in – but Wilson’s set-up procedures are the best in the business. And the stands do present a wee problem because Wilson doesn’t make any. What come highly recommended are special models from Target (remember: this is a deep speaker), but I found they worked a treat of Sonus Faber Extrema stands, even though they’re 3in taller than the ideal. It’s unlikely that any CUB dealer will be lacking a suitable stand because the CUBs simply don’t work on the floor, so no stands, no sales.

Drivers: two 6.5in SEAS woofers, one 1in Focal tweeter