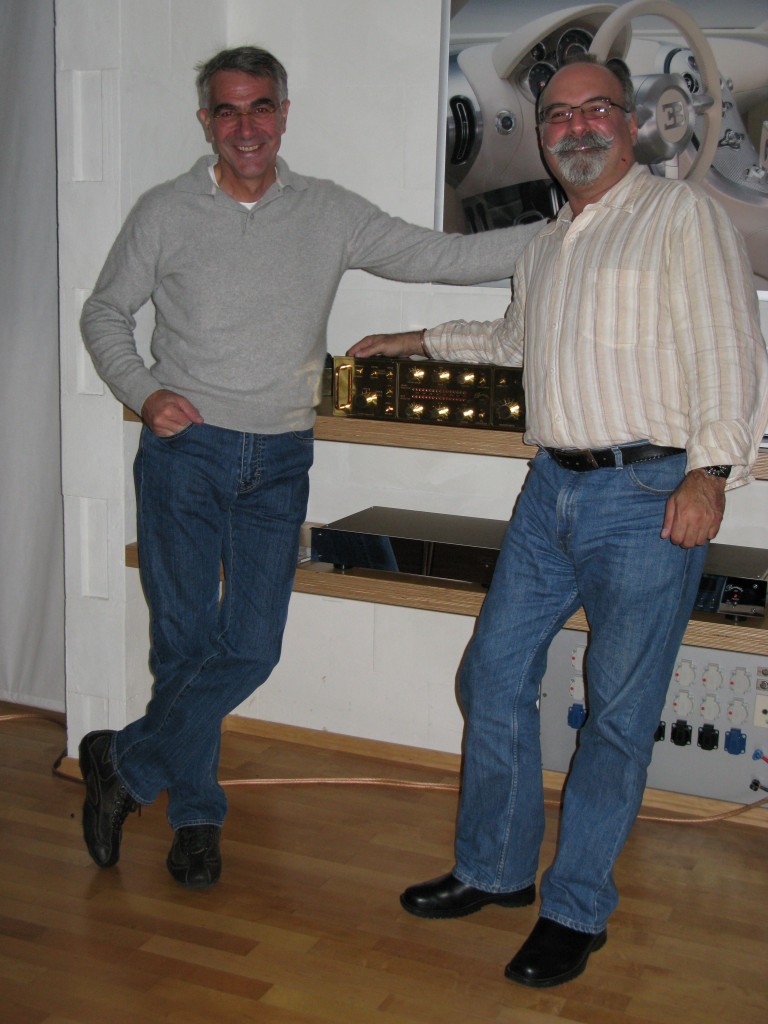 When a friend asked, at this year’s Munich High End Show, “How did Dieter look?”, I should have suspected something was amiss. Trouble was, Dieter Burmester was the happiest, most positive individual I’ve ever met in this industry, and he always looked fighting fit. It was no different at Munich 2015. He seemed to me the same ol’ Dieter. But now he’s gone, and I can’t begin to describe the loss.

There will be countless obituaries for Dieter in the audio press and on-line, because he was liked by everybody. His audio components were well-known and highly-regarded. I don’t need nor want to tell you about that aspect of his life because you know it already. Even the car magazines might write something because his company supplied the sound systems for the first Bugatti Veyrons, and were seen and heard by a far greater number of drivers in Porsches and Mercedes. And this last bit is what I want to remember.

Many years ago, Dieter and I hit it off immediately, and not only because we loved much of the same music – in particular, we shared a passion for the music of the British Invasion, especially the Beatles. We also shared a passion for cars, and he was delighted when he told me that Burmester got the Bugatti contract … once I told him I’d been in the B.O.C. since 1979, despite never owning a Bugatti. I was gobsmacked.

His Bugatti connection, though, was short-lived, but Burmester hardware was chosen soon after as the supplier for Porsche. Thanks to Dieter, I had two of the drives of my life – ostensibly to review his sound systems rather than the Panamera and the Cayenne per se. He was immensely proud of his automotive achievements. I think the only thing that might have given him as much joy would have been the invitation to make amplifiers for Gibson or Fender, as he was a serious guitar collector – an extension of his abilities as a musician.

Again, nothing to do with hi-fi: Dieter and I were once engrossed in a conversation about German cuisine. Not a broad topic rich with possibility, but I managed to admit to a passion for Wiener Schnitzel (Austrian – I know), Bockwurst, Kartoffelpuffer but especially Lebkuchen. As an indication of Dieter’s generosity and sense of humour, every year after that, I received a box of the latter at Christmastime.

At that last meeting, we discussed writing a history of his brand. Whoever undertakes that task will find it more difficult because he was the heart and soul and mental archive of Burmester. But it is a large, well-organised company and it will continue with his widow, Marianne, at the helm.

No more Dieter. And no more Lebkuchen. They just wouldn’t taste the same.