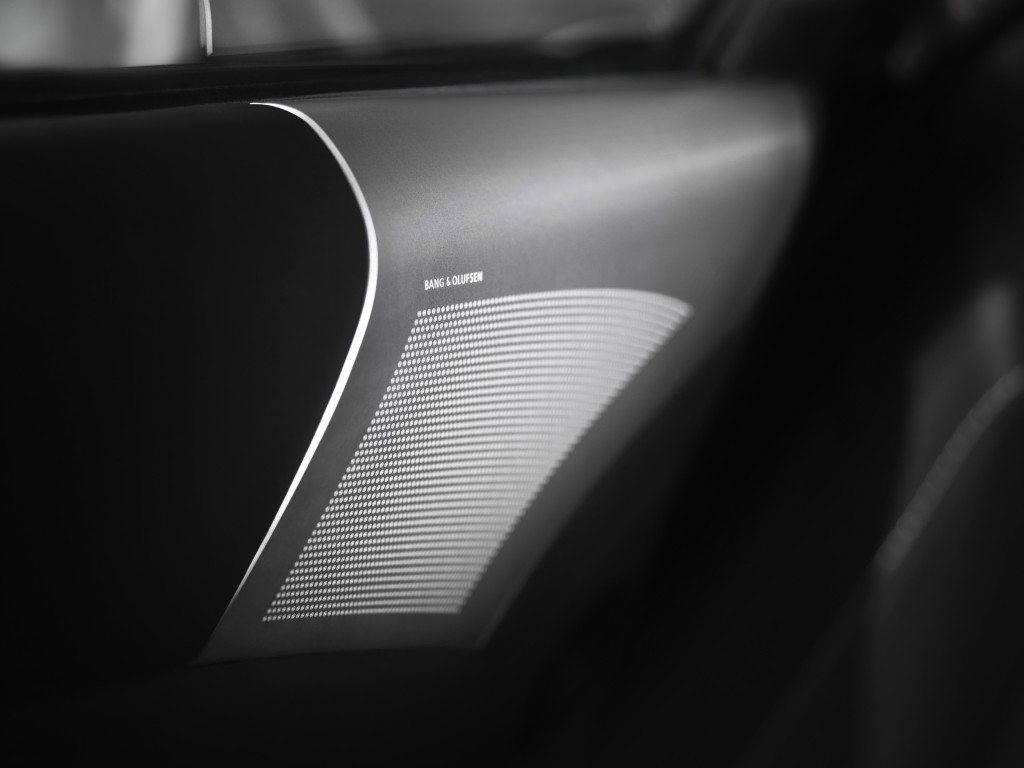 It starts with a floor-show, the best ‘party trick’ in audio: the instant you press the power-on button for the sound system in the Aston-Martin DBS, a speaker rises smoothly, slowly and seductively from either end of the dash. If hi-fi is in your blood, you’ll recognise the shape that emerges, looking like a scale model of a well-known floor-standing loudspeaker that defines modernity. And you’ll know it has to be made by Bang & Olufsen.

Such a radical approach to integration and styling requires long experience and a maverick spirit. For Bang & Olufsen, globally recognised as “B&O”, it’s been this way since Peter Bang and Svend Olufsen launched the company in 1925. Without exception, every product the company has issued in the intervening 83 years, from table-top radios to mobile phones, has been innovative, stylish and unlike anything made by anyone else. Not even the gigantic Japanese multi-nationals, with pockets as deep as the Mariana Trench and staff levels that could populate whole countries, have been able to emulate such iconoclasm or inventiveness.

Because of this, B&O caught the eye (and ear) of Dr Ulrich Bez, Aston Martin’s Chief Executive Officer, who recognised in the Danish icon a kindred spirit. “Without technological innovation, neither Aston Martin nor Bang & Olufsen would have achieved the reputation they have today as leaders in both design and performance,” he says. “Elegance and excellence go hand in hand, and designers, engineers and specialists in both companies will work closely together to develop the next benchmark in car audio.”

Bang & Olufsen concurs. Chief Executive Officer Torben Ballegard Sørensen notes that, “There are deep similarities between our cultures and heritage. Bang & Olufsen’s values are rooted in passion and performance as well as design and craftsmanship. These are exactly the same values that you experience in an Aston Martin.”

Even seemingly-featureless products such as plasma displays have been reworked in the B&O manner. A normal person would ask, “How do you add character to what is basically a flat rectangle?” B&O responds with plasma screens that rotate on their bases to face the viewer anywhere in the room, incorporating the speakers within the frame so it looks “of a whole”. They famously up-ended CD players, covering them with glass doors that open when you approach. Their flagship loudspeakers can perform measurements to test the sound characteristics of your room … and then tailor the speakers’ performance to suit it.

But how to translate this into a mobile hi-fi den? To do this, B&O had to work hand-in-hand with Aston-Martin’s designers. It was the only way to ensure that the system would be optimised for the cabin of the DBS – a space worlds apart from a domestic lounge. For one thing, it’s a lot smaller. For another: it moves.

Assessing the Beosound DBS system from the other end of the process, in situ in a DBS, you see nothing at first. Sitting in the car, ignition off, you observe only a smooth expanse of dashboard. Powered up, the ALT (Acoustic Lens Technology) motorised tweeter units having emerged from their resting places, you look around, noticing first the B&O legend on the sound system’s display. It fades out after a few seconds, leaving you with the screen of the previous play mode, be it radio, CD, iPod or other source.

You’ve seen those tweeters, but where is the rest of the system? Because B&O are masters of metalwork, forming aluminium shapes and sections into the most unexpected of contours, it takes some moments before you realise that the finely-perforated panels on the doors’ upper edges, with a B&O legend so discreet that it’s almost invisible, cover the midrange speakers. Further exploration reveals bass units in the footwells, drivers in the console, behind the seats, in the rear quarter panels. It is a sonic cocoon.

Such integration is not easy to achieve, even with B&O’s talents for conjuring up homogenous shapes. There’s the not-so-small challenge of the sound itself, the cockpit of a car defying every tenet of what makes a hi-fi system a good one. And “good” in audio means only “realistic”. For starters, the space is limited, so the system designers do not have the luxury of fitting massive speakers and amplifiers. For another, a car, however refined, vibrates continuously, creating a environment utterly hostile to the health of delicate electronics. And, especially in a thoroughbred GT like the 6.0-litre DBS, whose throaty roar is audible even while cruising on a smooth motorway, there’s the issue of ambient noise.

For B&O, however, there’s a secret weapon in the form of the amplifiers. These downsized powerhouses have become the de facto choice of manufacturers who require compact, efficient and, yes, “green” amplifiers for their in-car products, for home cinema subwoofers and other applications. The list of trade customers who buy B&O’s proprietary ICEpower® technology reads like the Who’s Who of hi-fi, while their single largest OEM customer is Japan’s most famous brand. (And all we say about that is that it’s a four-letter name.) In this car, they deliver 1000 watts.

All this power feeds 13 individual speakers controlled by B&O’s unique Digital Signal Processing (DSP) system, the latter “fine-tuning” the sound to the interior of the DBS. It is a dynamic system, constantly adjusting itself to the car’s behaviour, especially cabin and fan noise levels. A concealed microphone works constantly to feed data to the DSP, so the driver needn’t spend time continually re-adjusting the playback levels.

Bang & Olufsen’s experts worked closely with Aston Martin’s product development team, ensuring ideal speaker positioning to take account of the unique aluminium structure of the car. The goal was to ensure that both driver and passenger would enjoy a glorious stereo spread with an improved sense of space, staging and realism regardless of where they are sitting in the car. A burst of late-1950s Dean Martin confirmed this, the sound remaining crisp and clear at all volumes.

What makes it all happen are details that few beyond a handful of fire-breathing audiophiles might notice. B&O determined that the hole patterns in the speaker grilles had to be tailored to each speaker: the holes in the grilles for the bass loudspeakers are almost twice as big as those for the mid-range speakers. Over 35,000 welding tests were performed when fashioning the aluminium components. The ALT lens on the dash is shaped to prevent sound reflecting off the floor or ceiling. Even the way the ALT speaker nestles in the dash when not in use was calculated to avoid unpleasant visual gaps between the top and the bottom part of the lens, while it was black anodised to prevent reflections of light in the windscreen.

All this, of course, took years, starting in 2005 following a meeting between two Bang & Olufsen executives and Aston Martin Chief Executive Officer Dr Bez. “At the end of our meeting, Dr Bez was so enthusiastic about the prospect of a bespoke Bang & Olufsen sound system for Aston Martin that he offered us the opportunity of developing an integrated system for his own car,” recalls Jens Peter Zinck, Director of Bang & Olufsen Automotive.

B&O received the car in Denmark January 2006, and spent the following months creating a functional yet elegant system to integrate seamlessly into the DBS cabin. By summer 2007, after two years of fine-tuning, the results were so promising that it was also agreed Bang & Olufsen would develop a sound system for the DB9 as well.

It’s now in production, having finally undergone the “voicing” that allows it to produce high-end sound on the move. A team of Bang & Olufsen acousticians and sound designers spent several months in Denmark and in Germany performing static tuning in the underground garages of Bang & Olufsen Automotive, with dynamic sound tuning undertaken on the German Autobahn.

Karl Kristian Hvidt Nielsen, Bang & Olufsen President and Chief Executive Officer offers this observation: “It looks simple when it is all done, but when you know what it takes to make this, it is actually hard to believe that we have succeeded.” To which Ian Minards, Aston Martin’s Director of Product Development, adds, “All the driver gets is the end result, which is the purity of the sound.”

Stripped to the basics, an audio system consists of only three elements: a source, such as a radio or CD player, the amplification that controls everything and the loudspeakers that deliver the sound. Dissect the Beosound DBS, however, ans here is what B&O incorporates into the confines of the DBS: