Brummell and posted in Features 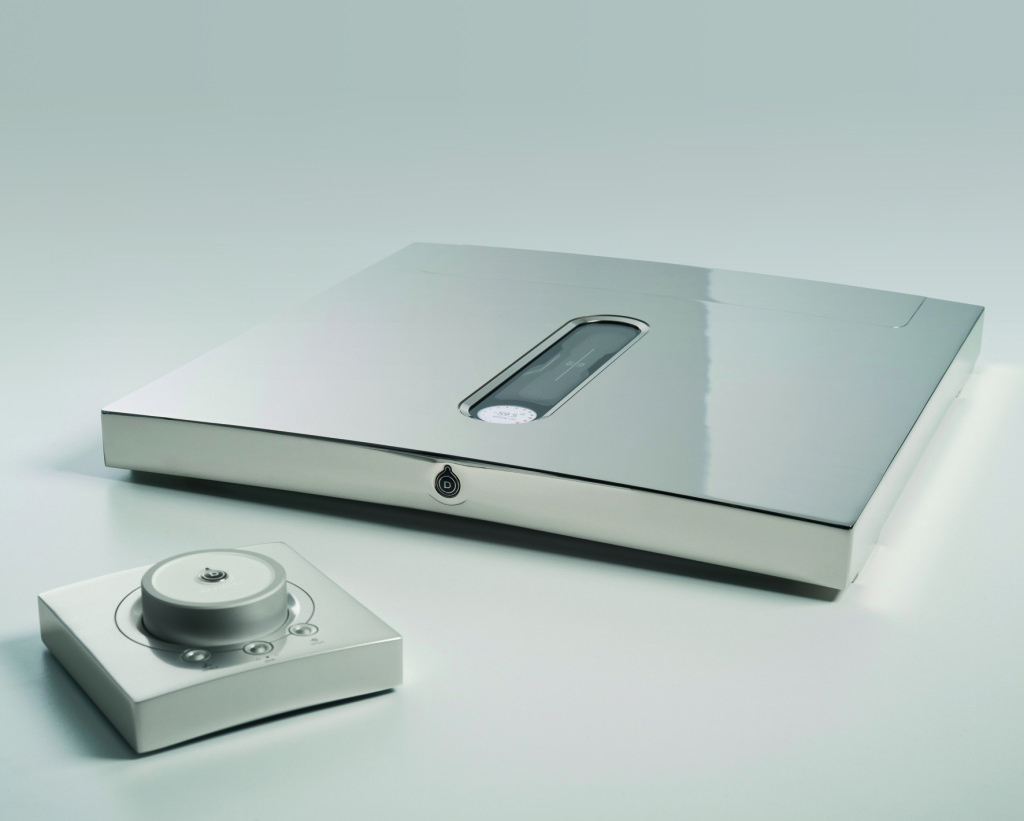 Most people have no idea how good music can sound in the home. Too many down-market purveyors of junk have succeeded in promoting features over performance, while all that the iPod and its ilk have given us is convenience at the expense of sound quality. But if you meet but one pre-requisite – an overpowering passion for music – there’s a dream route to musical nirvana, and that’s a serious hi-fi system.

What defines ‘serious’? Just as seven-figure price tags no longer surprise watch or car enthusiasts, so, too, has hi-fi exploited the freedoms imparted by ‘cost no object’ design. The specialists create systems worthy of a spread in the Hamptons or a Berkeley Square townhouse. Forget high-street brands: likening them to ‘high-end audio’ is tantamount to citing a Dacia and a Bugatti as ‘cars’ in the same sentence.

At the cutting edge is a world where manufacturers assume that clients have the funds to acquire and the space to house no-compromise hardware. The components are almost unrecognisable as traditional audio gear. Some even qualify as sculpture.

Instead of dull black or wood-grained boxes, speakers might consist of see-through panels, or massive, angular enclosures finished in the same paint used on a Ferrari. Think of CD players shaped like a Chris Foss spacecraft, turntables so complex that they require dedicated floor-stands, speaker cables the diameter of a bull-whip.

High-end audio first appeared in the 1950s, notably after stereo arrived, when systems delivered two channels of sound instead of one. Components from audio pioneers like McIntosh, Marantz and Quad were priced for professionals, such as doctors and lawyers. But the gear rarely suited décor conceived by interior designers.

It all changed in the early 1980s. After decades of cubist wooden speaker boxes and prosaic metal enclosures for the electronics, Italy’s Sonus Faber introduced hand-finished loudspeakers with curved edges, using solid staves of walnut polished to violin-making standards instead of veneers. Above all, they sounded as good as they looked. You can see and hear this in their Stradivari Homage loudspeaker (£28,000- £30,000 per pair, depending on finish), an elegant panel suggestive of fine furniture.

Along with the new-wave styling, copied by every speaker builder from Berlin to Boston, came the knowledge that build quality and finish had to reflect the value of the acquisition. When asking a client for an investment akin to that for a Rolls-Royce, it’s only right that the pride of ownership be its equal.

Wilson Audio realised that there was nothing to stop them finishing their speakers in any colour the client desired. Standing nearly 2m tall and more akin to a 2000lb gorilla than the proverbial 600lb ape, a pair of Wilson Alexandrias (£150,000 per pair) dominates a listening area. They installed a paint booth at the factory so advanced that it can be used to spray-paint an automobile. Which gave Wilson another idea: why not offer the customer the same finishes as in the automotive palette? If you prefer, sir, your Alexandrias can be painted match your Aston-Martin.

One must remember that, unlike a car or a watch, the acquisition of a sound system means purchases from more than one manufacturer. A complete hi-fi consists of a source (CD, LP, tape and the like), amplification and speakers, connected by high-quality cables. As no single manufacturer excels in every discipline, tailoring the complete package from varying hardware makers is inherent in its purchase: amplifiers from one company, speakers from another.

Any audiophile might also argue that much of the pleasure of acquiring a sound system is putting it together from the tens of thousands of candidates suitable for inclusion. Whichever route you choose, however, you should be guided by a retailer capable of dealing with high-performance audio components, for that retailer must also be there to ensure that the system’s components possess sonic and electronic synergy, that the system works in your room, and that the installation is set up to perfection before they leave you to enjoy its pleasures.

To supply the power to speakers such as the Alexandrias, one needs to investigate brands such as Krell. Their flagships, the EVO 2 pre-amplifier (£55,000) and the EVO 1 power amplifier (£65k per pair) will drive any loudspeaker to which they might be attached. Producing a robust, conservatively-rated 450 Watts per channel, the EVO 1 is made up of four chassis. At 25kg per unit, floor space, rather than shelving, is the order of the day.

More compact but equally capable – and arguably prettier – is the new amplifier from former Krell CEO, Dan D’Agostino. His Momentum monoblock amplifier (£42,000 per pair), with power meter inspired by a Breguet wristwatch, will supply 300 Watts to each speaker.

If, however, such amplification is too cumbersome or even too costly, the new kid on the block is Devialet from France. The combined a pre-amplifier and power amps into a single, machined-from-solid-aluminium chassis no larger than a stack of a dozen LPs. You can even wall-mount it. Full remote control, complete integration with digital sources, the Devialet will set you back only £11,000.

There it is: the ‘d’ word. Digital. In high-end audio, analogue still rules. To reproduce the sound of your precious vinyl, look to Continuum’s Caliburn turntable with Cobra tonearm for £140,000, complete with stand. Fit to it a moving coil cartridge from Koetsu, made, perhaps, from solid jade, for another £11,000. Do the maths, and you’ll find that using such a thoroughbred will cost you around £10 every time you play an LP: the Koetsu’s stylus lasts typically 1000 hours.

To connect all of this, consider Transparent Opus cables. A 2m pair of their speaker wires will cost £12,600. Their interconnects – you’ll need at least two pairs – start at £7700 per metre.

Acquiring such an investment – and an ‘entry level’ system worthy of the high-end tag might set you back £25,000 – demands a hi-fi emporium with a proper showroom. Make an appointment for a private demonstration. Bring along a much-loved LP or CD. With the exception of allowing you to light up your favourite Cohiba, replicate the conditions in which you wish to savour the music of your choice.

A high-end system needs to do only one thing: if it transports you to the venue where the music was recorded, if it is so realistic and convincing that you’d swear the performer was in the room, you’ve heard what extreme audio equipment can do.